Bishop Bomar was born and raised in Los Angeles and is the sixth of seven children born to Onan and Myrtle Bomar. He attended public schools as well as Los Angeles City College and Los Angeles State College. While in college, he worked part time for the United States Postal Service as a mail clerk and as a student trainee for the California Division of Highways. In 1972, he married First Lady Lucille Bomar. They have two children from their marriage and a third child from the pastor’s previous marriage.

Pastor Bomar’s early Christian life had its ups and downs until he finally became serious with God and himself. He moved to San Francisco in 1969, and this new location helped him focus on his relationship with God. In 1970, he was blessed and filled with the Holy Spirit.

He began to train under his father, the late Bishop Onan W. Bomar Sr. in San Francisco Lighthouse Full Gospel Church. He passed the assigned courses necessary for Ordination, including a written examination and an oral interview with the Board of Presbyters.

Pastor Bomar was ordained on August 8, 1976 and became a pastor-in-training under Bishop Onan W. Bomar Sr., until his death in August of 1984. He was appointed as pastor by the Board of Presbyters that same month and was installed in February 1985. After that, he was consecrated as Bishop on August 7, 1989. In 2005, he retired from his role as Office Chief of the Office of Rail Equipment and Construction for Rail Division of the California Department of Transportation with more than 42 years of service.

Bishop and Sister Bomar have ministered in Liberia West Africa, several times in Jamaica West Indies, as well as in different states in our country. He has continued to pastor our Church despite great trials and hardships, the loss of our facility, and the loss of membership over the facility. We have found safe haven with two churches, Bethel Temple UHC, pastored by the late Bishop Rafael Fortier, and River of Life COGIC, pastored by Superintendent Robert Cowan.

In 2009, we brought our current facility and began to remodel it into a church. Our late Bishop Eddie Jackson served as our contractor, and God took him home before we received our Certificate of Completion, Occupancy, and Permit of Public Assembly.

Pastor Bishop C. Anthony Bomar and First Lady Lucille continue to work to depopulate hell and populate the Kingdom of God. Please pray for them and for us.

Mother Lucille has been married to her husband, Bishop C. Anthony Bomar for 46 years. They have traveled locally and to foreign lands to spread the Good News of Jesus Christ. Her goal is to continue working with her husband in spreading the Gospel of Jesus Christ and reach out to those who do not know Jesus as their personal Savior. 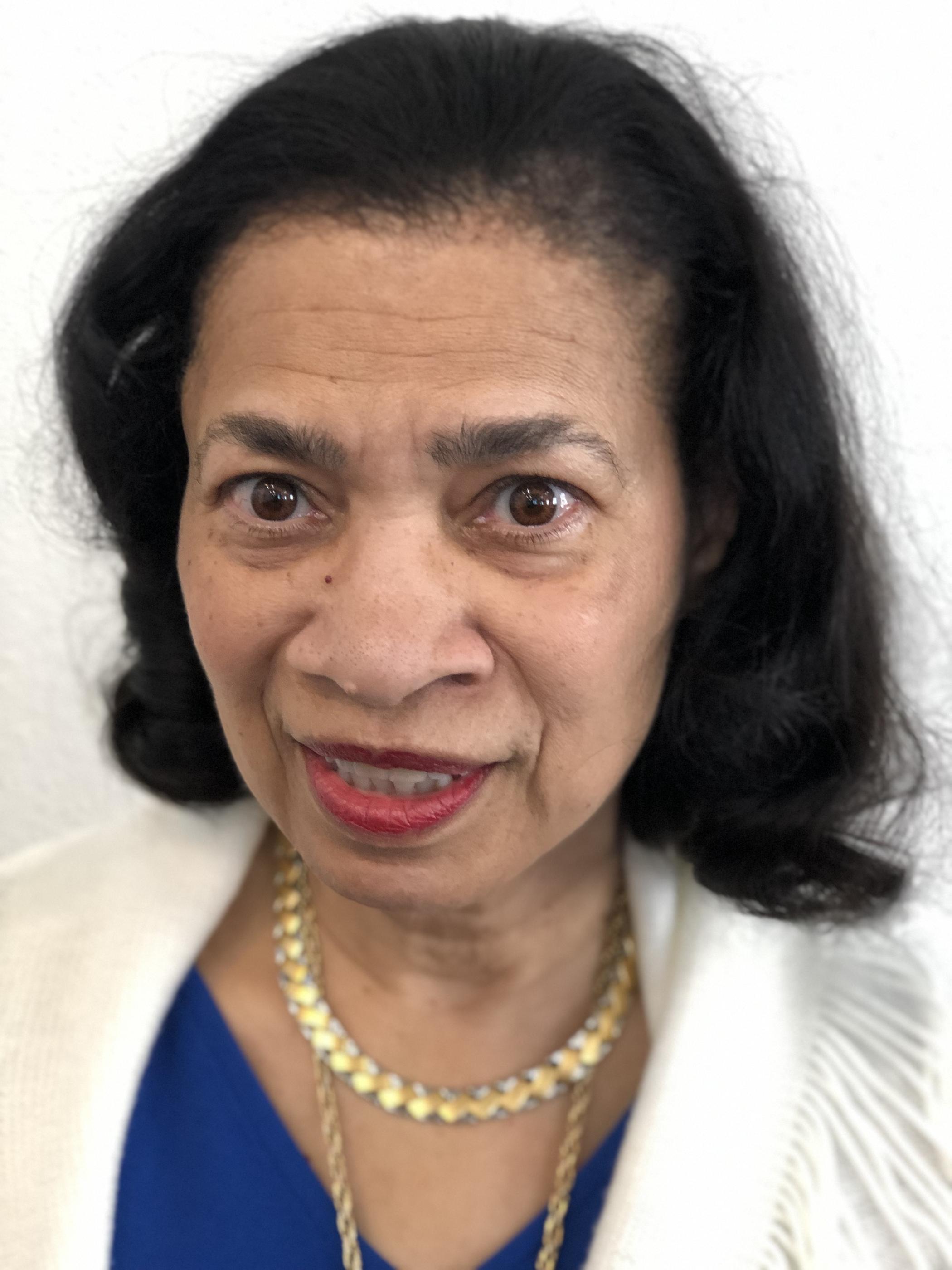 Sister Carmen Foston was born and raised in Piqua, OH. She attended Park Avenue Baptist Church under the leadership of her grandparents, Rev. and Mrs. H.D. Foston.

At the age of eight, she received knowledge of her Lord and Savior Jesus Christ. When she turned eight-and-a-half, she received her first healing of double pneumonia from the Lord. In her early years, she learned that God hears and answers a little child’s prayers. Her mother was sick during her childhood, and she prayed to God and believed that her mother wouldn’t die. She lived for 85 years.

Sister Carmen continues to grow in the Lord. She participated in all youth activities, Sunday School, and the choir. She was also a delegate to Sunday School conventions and was a member of the YWCA. Also, she was the first black telephone operator for Ohio Bell in Piqua.

In 1970, Sister Carmen moved to San Francisco, CA to live with her uncle and aunt, Mr. and Mrs. Bernard M. Foston and have a fresh start. She attended several churches in San Francisco before attending Lighthouse Full Gospel Church Pentecostal, Inc.

In November of that same year, she rededicated her life to the Lord. She had seen and heard different missionary stories and knew she would be one. Her first missionary trip was to Haiti, where her eyes were opened and her heart was full of love for the people and change of culture. She has also been to Nairobi, Kenya, East Africa, Kingston, Jamaica, and Monrovia, Liberia with prominent leaders of different churches in California.

Sister Carmen is an avid supporter of missions at home and abroad. Her desire is to see men, women, and children come to the knowledge of Jesus Christ wherever they are in the world!

Barbara (Banks) Brooks, a native San Franciscan, was introduced to the Lighthouse Church family, in 2009 by her late husband, Minister Derrick Brooks. He let her know that she needed to know the Person and work of Jesus Christ according to the Scripture and that just saying she was a believer, without knowledge, was not enough.

She loves the Lord and learning about Him and His word. She always enjoyed Gospel songs and Hymns. She joined the Praise & Worship team under the leadership of Sister Alice Byrd who taught her about ministering through song and the importance of reinforcing the Sunday school lesson through Word & song.

She counts it a privilege to be able to lead the Praise & Worship Team, building upon the concepts and principals she had learned while being on the worship team. Her main desire is to bring glory to God and to have a right heart and relationship with Him so the praise & worship will sound pleasing too, and be accepted by Him, while impacting the lives of listeners in the church and beyond.